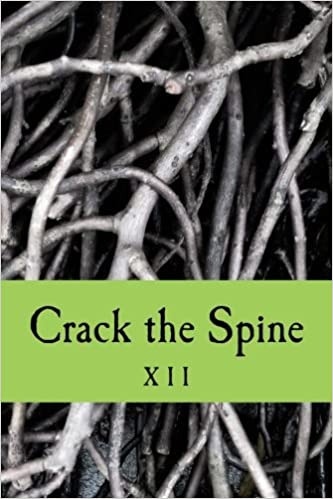 The leap was eighty feet down. Standing naked (but for a fire-coal-red Speedo), it seemed Brandon had been preparing for the jump his whole life. He’d completed his final tattoos in Oahu the weekend before. His whole right side was covered like one of Chief Kahekili’s warriors. Brandon was Hekili, God of Thunder, half dark and half light. He was glad, however, he’d done his eyelid and tongue tattoos last.

For Brandon, there would be no diving platform like the one built by Red Bull for the cliff diving championships to make Kahekili’s Leap safer. No, Brandon would do lele kawa—cliff diving—just as the chief’s warriors had. They had to jump out far enough to avoid the jutting lava cliffs while maintaining control of their bodies, falling at over sixty miles per hour. To Brandon, there wasn’t much challenge in just going straight down, no matter how high up. The ability to clear the cliff and the sure death of the shallow ledge at the bottom was how the warriors proved their bravery. Jumping was scary; avoiding the cliff was something else.

He felt at peace, one with the blue of the sky and the turquoise of the ocean below. After the leap, he would be the only true warrior on the island. He would swim around the point and climb up the cliff, reborn. No one would dare call him Brandon the Beautiful again or joke that he was “prettier than a girl,” as the drunk haole did every time Brandon waited on women at the beach. The jibes were designed to maximize his tips, of which the old man commandeered a hefty percentage. Captain Dave got paid to sit on his ass all day, guzzling rum and Cokes, while the beach boys toiled in the sun, grabbing chairs and drinks, handing out sports equipment, even rescuing clueless tourists standing with their backs to the dangerous surf.

Brandon breathed in, then out, saying the prayer for deeper water the kahuna had taught him. Then his cell phone rang. His girlfriend, Uku, lowered the GoPro camera that was attached to a small pole without bothering to turn it off.

“Ciao,” she answered after she’d pulled his phone out of her pocket. “I’m with dumbass now. He’s jumping off da Leap.” Uku had a big mouth, was big in every way. Brandon wasn’t sure he could take her in a fight, probably why he’d never broken up with her. On Lanai, an island of less than three thousand people, your first girlfriend was usually your last.

“Shuddup.” Brandon had wanted the Leap video to go viral in and around the town of Lanai City. He wouldn’t have to say a word. He could just bask in the BRAHs shouted out of every truck, each covered in the red dirt of the island.

“No shit. Brandon didn’t tell me dat.” Uku put the phone against her large Polynesian hip. “You lie to me. You say you off today.”

“Puka.” The locals used many of Captain Dave’s nicknames as though the Hawaiian language was too tough even for them—or just took too much time.

“He says you getting fired if you don’t get you ass to work right now. He says you can jump any day.”

“Say dis girl.” Uku stuffed the phone back into her pocket and rumbled toward him, ready to go all Samoan on him, raising the flashing red, still filming camera and pole like she was going to club him with it. At Lanai City High School, the yearbook had named Uku “Most Likely To Be Arrested.” Uku had beat up the editor.

As she came toward him, Brandon took three steps back, then ran toward the cliff. Unlike Kahekili’s warriors, Brandon was no longer jumping to prove his bravery. He was running from his girlfriend.

To read the rest of “Ass Breaker”, purchase a copy of Crack the Spine XII.

Enter your email to receive the latest news about new releases, articles, and other updates.